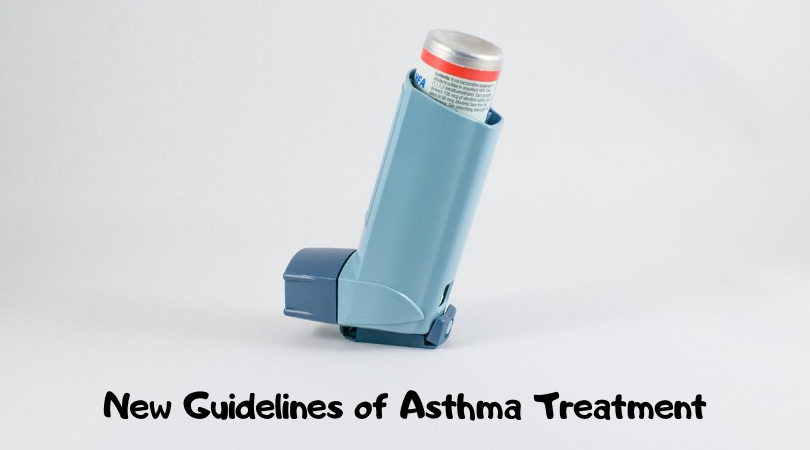 The Global Bronchial Asthma Initiative (GINA) has published new guidelines for the treatment of bronchial asthma. These guidelines contradict the practice adopted by doctors over the past 50 years ago. So, salbutamol and fenoterol are excluded from the list of recommended drugs because of their danger to patients. We asked the pulmonologist and now one of the co-founders of Trusted Tablets – James Coughlin to answer our questions regarding this aspect. The official represantative of this online service is Trusted Tablets website. If you want to get acqainted with this service, you are welcome to follow the link.

Experts of the World Health Organization consider bronchial asthma a global problem: now in the world about 300 million people suffer from this disease: from 4% to 10% of the adult population of the planet and 10-15% of children. It is used to treat the mildest forms of bronchial asthma with short injections of beta-adrenomimetics (drugs that dilate the bronchi). However, new research has shown that such monotherapy can do more harm than good. In studies of 1994 and 2001, it was found that the risk of death from bronchial asthma increases sharply if a patient uses 3 cans of an inhalation preparation containing a beta-adrenomimetic agent in 2 months.

Mr. Coughlin, what do the new guidelines mean?

Classically, the therapy, which is prescribed to a patient with bronchial asthma ordinary was divided into two large blocks. We used to say that there are emergency drugs that help normalize breathing, and basic therapy drugs that support the patient’s current condition preventing him from going into an exacerbation. The standard prescription for bronchial asthma was as follows – a basic therapy drug (these are inhaled corticosteroids, inhaled hormones) and a short-acting bronchodilator drug as an emergency in case the patient suddenly feels bad. Indeed, these drugs were prescribed for a long time, for most patients, such drugs helped to achieve good results and most patients were fine. Then there were patients who were not enough hormones, and they needed more potent drugs, including those containing long-acting bronchodilators.

What drugs are we talking about?

There are inhaled corticosteroids – budesonide, beclamethasone, fluticasone, ciclesonide and others. Long-acting bronchodilators are formoterol, salmeterol, indacaterol, vilanterol and others. Short-acting drugs are salbutamol, fenoterol, ipratropium bromide. All the old recommendations gave the patient the right to independently use short-acting bronchodilators as an ambulance. The patient had to consult a doctor if the need for short-acting drugs increased in order for him to adjust the therapy.

Here is the answer why we came to new guidelines. It turned out that patients whose asthma was getting out of control after taking Ventolin without doctor’s recommendations. The reason for this is the relief of salbutamol symptoms. Patients do not control the frequency of Ventolin use.

Doctors analyzed all this and came to the conclusion that excessive use of asthma-emergency drugs is one of the risk factors for severe exacerbations, even deaths. One of the revolutionary solutions was invented: there will no longer be monotherapy with bronchodilator drugs in any form. From now on, they must always be combined with hormones: both long-acting and short-acting drugs. Innovative recommendations suggest that we completely abandon salbutamol, fenoterol and any other emergency drugs. They should be replaced by combined drugs containing both bronchodilator and hormonal components. This approach existed before, but as an alternative for severe patients. Current guidelines have shifted from severe patients, who are in fact a minority and need potent therapy, to mild patients, who generally need non so intensive therapy.

Why did it happen?

It happened because the data was analyzed about what happens to the lungs of patients who require a small dose of hormone therapy. It turned out that we somehow ignored the fact that the majority of uncomplicated patients do not receive adequate therapy. That is, these are pseudo-normal, pseudo-light patients. At first glance, everything is fine with their state: they sometimes use their inhaler, and they seem to be doing fine. But they are in the group of risks. Patients’ lungs experience severe exacerbations. And most importantly, there were much more patients with mild asthma who did not need a large dose of drugs than severe patients.

Does this mean that all the treatments previously prescribed will be adjusted?

Practically, they are. New guidelines will now be published and can be used. They do not have the legal status. This is a recommendation, and doctors may act differently, but they must have a good explanation for the patient why they chose a particular treatment and support method that differs from the accepted recommendations.

Does this mean that patients diagnosed with bronchial asthma should make an appointment to review therapy?

They should. It is now necessary to reconsider the treatment not only in severe patients, but also in mild patients. By the way, it is these patients that rarely visit the doctor, because they will say that everything is fine with them.

Then maybe it is worth scaring them with emergency drugs and their connection with deaths?

In medicine, it is not customary to frighten patients. This is unethical and wrong. We just have to explain that our concept has changed a little and we will offer treatment in a different way. Although at the legislative level, some (not all) doctors propose to ban salbutamol as monotherapy for asthma. It is not very convenient for patients with COPD who need a drug that does not contain hormones. Accordingly, it is possible that the drugs will be separated: if earlier salbutamol was considered a universal drug for asthma and COPD, now there will be a separate drug group.

We hope this information will help you understand you should, in any case, attend the doctor. He will clear out whether you need to change something in your therapy.